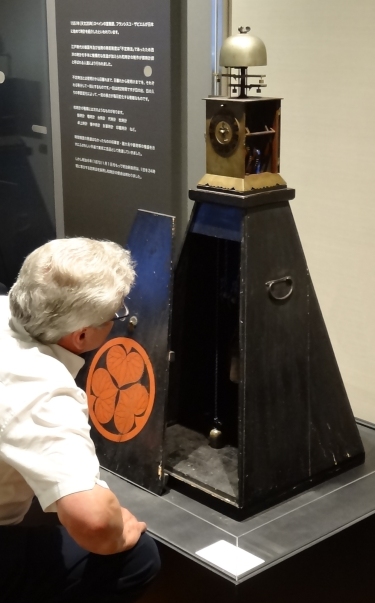 Yagura-dokei utilise the same style lantern clock as the dai-dokei, but the stand is more robust and is intended to sit on the woven tatami mats, rather than in a tokonoma (alcove).  The stand design was more likely to tolerate earthquakes (several wadokei on dai-dokei stands are known to have fallen off their bases in Tokyo during the 2011 earthquake).